A landscape crew leader role can be an exciting job opportunity in the Green Industry. It’s a very hands-on role with a lot of time outside and a nice mix of working on and overseeing landscape projects.

Of course, as with any role, the day-to-day responsibilities might look different from one company to another. If you’re searching for a landscape crew leader job near Bozeman and Big Sky, MT, it’s important to remember that the role won’t look the same everywhere.

We know that if you’re thinking about working toward a landscape crew leader job you might want to have a good idea of what to expect. While we can’t share what it would be like at other companies, we can tell you what this role looks like at Blanchford Landscape Group.

In fact, we reached out to our very own Reugen McCahan, a current landscape crew leader on our team. He shared what it looks like to work in this role.

Starting the Day Together

Reugen says that the day begins in the yard, with other members of the entire Blanchford team. Together, everyone participates in some light stretching. This helps to get everyone’s day off on the right foot while also helping to prevent potential injuries in the field. 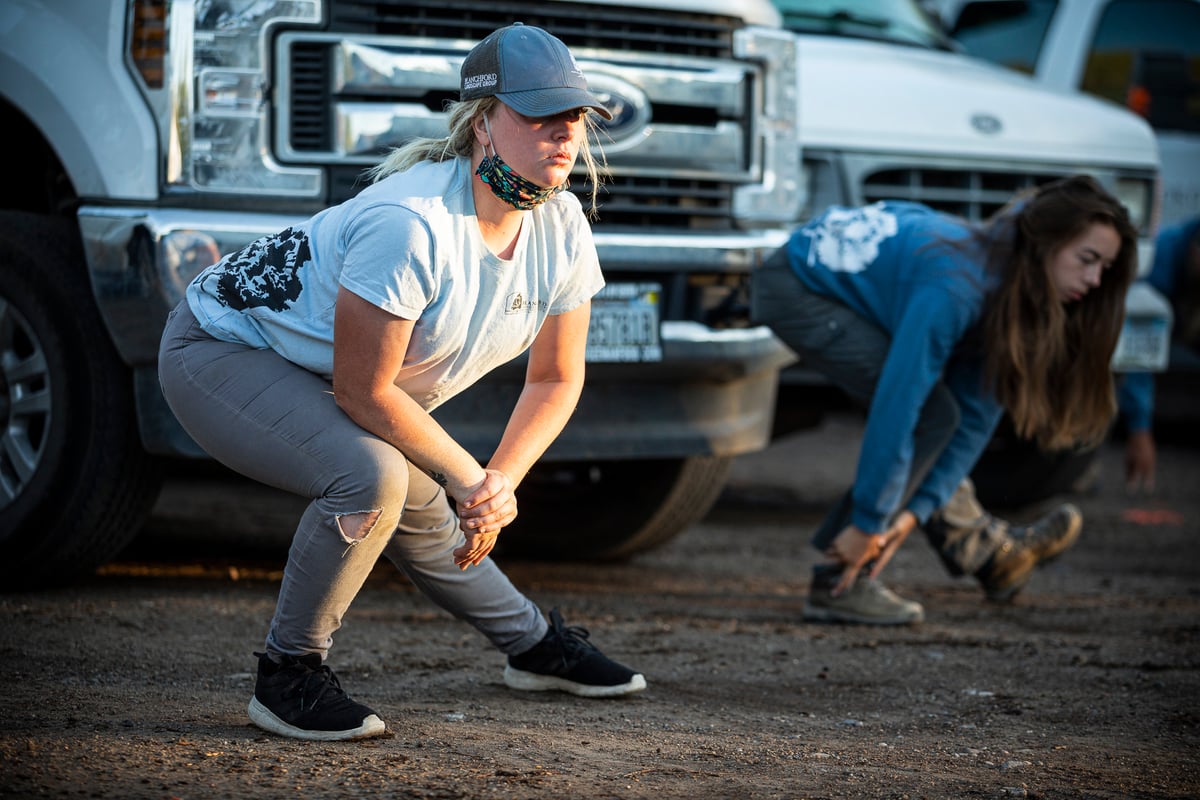 This is also a time when Reugen says he’s getting an idea of what he’s going to be doing that day. He’ll consider any tools or materials needed from the shop, pack up the truck, and get ready to head to the job site.

Arriving at the Job Site and Getting Started

Upon first arriving at the job site, Reugen says that he’s meeting with the crew and making sure that everyone is on the same page. 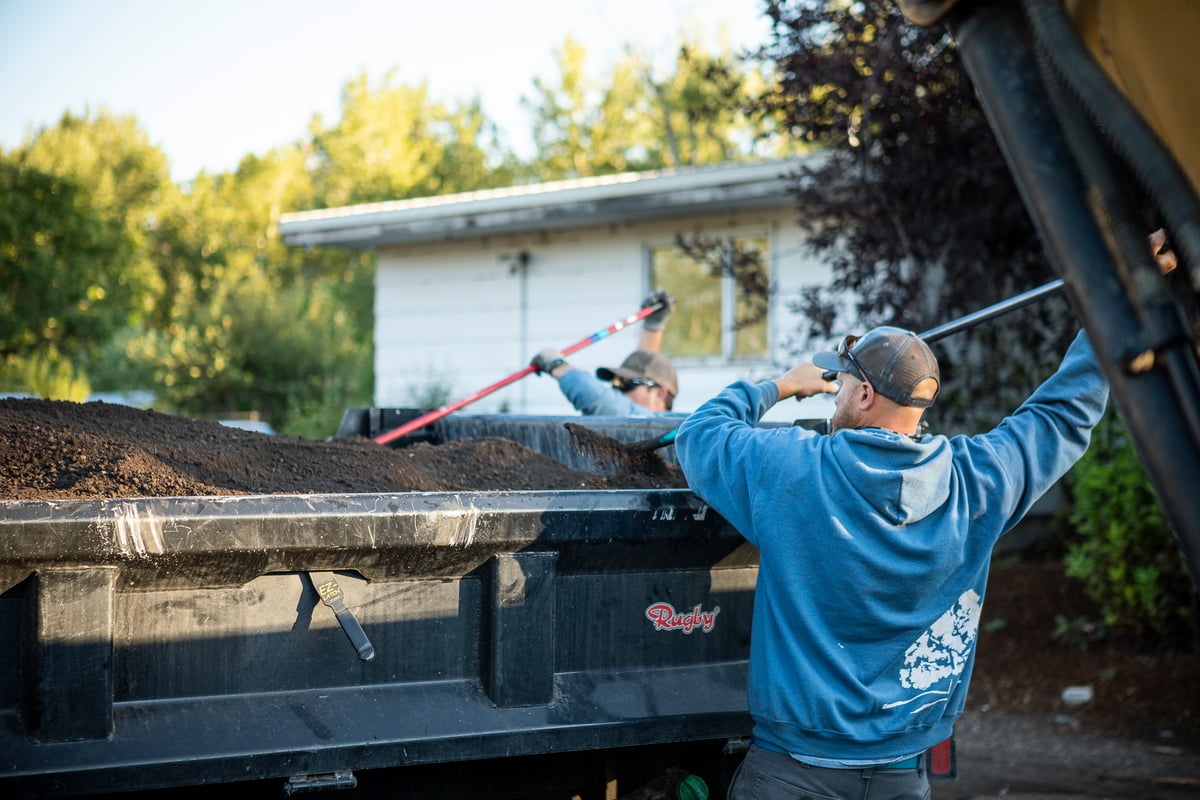 He will run through the goals for the day and make sure that everyone has a good understanding of what they’re looking to get done.

Next, they’ll re-open the job site. At the end of every day, they clean up and close the job site down. So, when they arrive, they need to get everything back out and ready to work on.

Lunch as a Team and Back to Work

Midway through the day, Reugen says the crew breaks for lunch and they’ll eat as a team. Then, it’s back to work whether it’s continuing with the same task or switching to something else.

Reugen makes a point to ensure everyone is remaining well-hydrated and drinking enough water on their breaks and throughout the day. Montana can have some very hot weather.

Reugen says that one of the nice aspects of the Build projects is that they are pretty long-term, so the same crew will be together for multiple months to build that outdoor living area that the clients are dreaming about. During this time, they really get to know one another and work together as a team.

Finishing Up for the Day

Finally, a day in the life of a landscape crew leader will end up cleaning up the job site and closing it down for the night. Reugen says that he’ll help everyone to pack up and leave the job site in good shape to start again the next day. 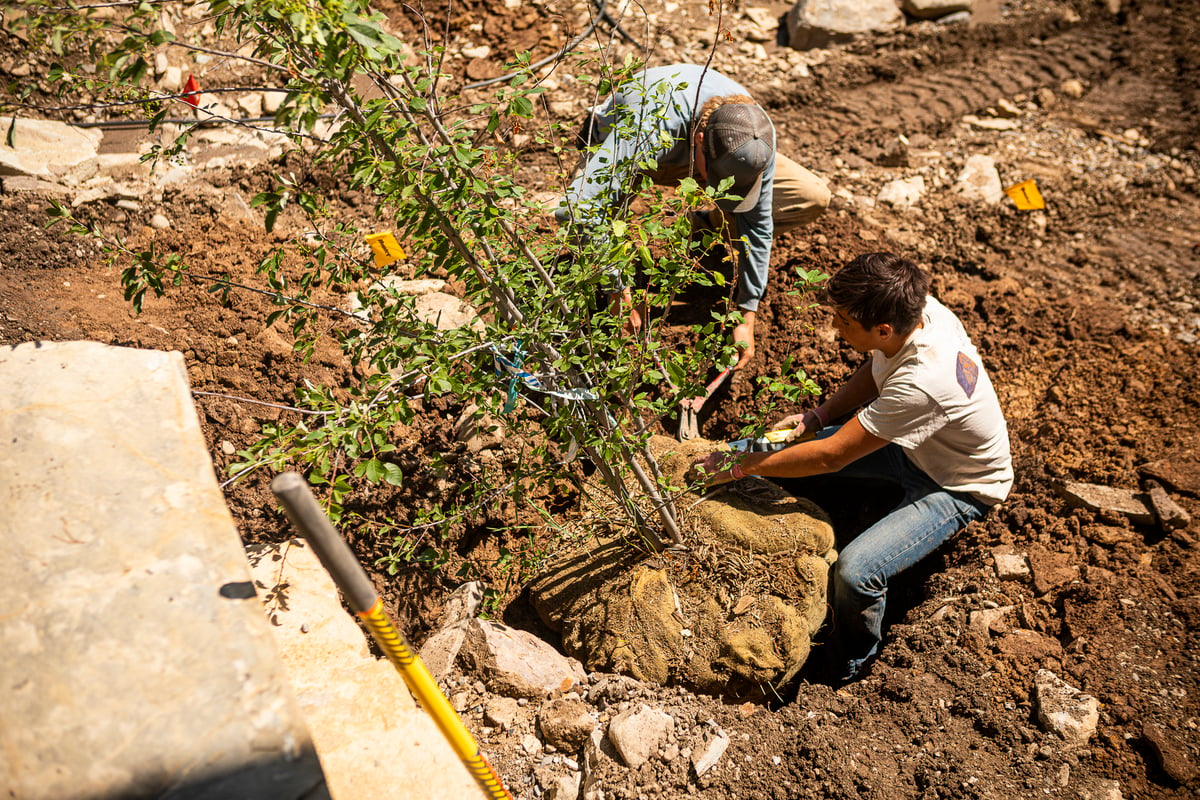 Then, everyone heads back to Blanchford Landscape Group headquarters to return equipment and get ready to go home for the night.

Reugen says that the work is really fulfilling in that each day you can see progress and know that you’re making a difference in the client’s life. He says that with all the time spent on their property they often get to know the clients very well and build relationships.

A Lot to Love About Being a Landscape Crew Leader

Reugen says that there is a lot to love about being a landscape crew leader at Blanchford Landscape Group.

He says that what initially drew him to the role was the fact that Blanchford has a plan for their people. They have landscaping career pathways in place that help to set people up for success.

On the Design/Build landscaping career pathway, people typically start in the crew member role. If they demonstrate a good work ethic and a desire to learn, they can move up to a crew member II role, which comes with added responsibilities and increased pay.

Then, the next step up is the landscape crew leader role, which is where Reugen is now.

The point is that there is a clear pathway for the landscaping team to follow. Reugen says that he started as a crew member and is working his way up. He says it has always been very clear what he needs to do and learn to continue to step up into new roles. And he says he’s been supported every step of the way.

Another thing that he loves about his landscape crew leader job is the opportunity to spend time outside. That’s not something that a lot of people get to do when they work in other careers, but in the landscape industry it’s a huge draw. That’s particularly true for people in this area, many of whom have come here to embrace the outdoor lifestyle.

In fact, Reugen says that many people that come to Blanchford Landscape Group are already avid outdoor lovers. They like to ski, mountain bike, hike, and more. That gives many of them something in common and a lot to talk about! And the landscape lifestyle makes it easy to be very involved in these outdoor adventures.

If you are someone looking for landscaping jobs near Bozeman and Big Sky, MT you might be considering a landscape crew leader job.

There are many reasons why this can be a great career path, particularly at a company like Blanchford Landscape Group that has a clear career ladder for crew members to climb. 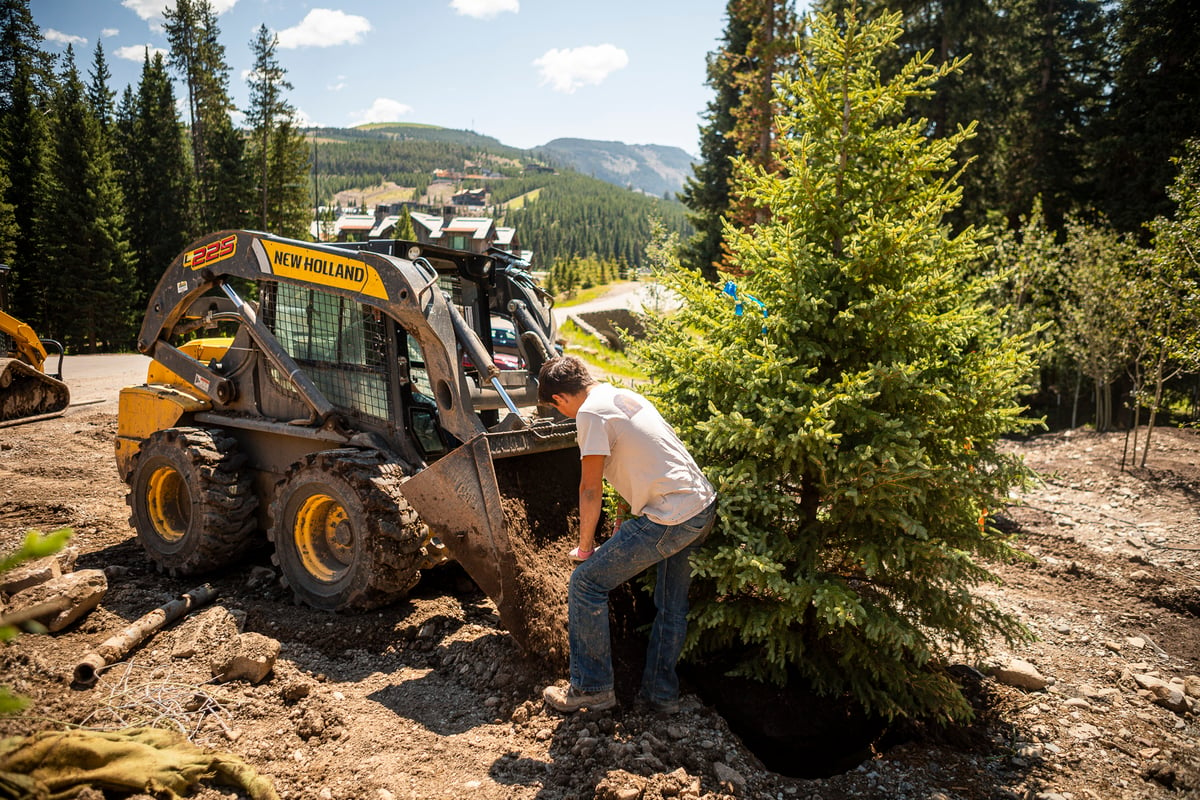 We are really big on building our team.

We know that a lot of landscaping jobs in Bozeman and Big Sky, MT have this clock in/clock out mentality where you put in the work, get the job finished, and go home.

But we have a team that is often building deeper relationships and also really cares about the work that they do. That’s another reason why we don’t have a lot of turnover like other landscaping companies are commonly known for.

Ready to Grow with Us?

After reading this article, if you feel that you’re ready for an opportunity for a landscaping career that is more than just a job, we hope you might consider applying with us.

We are always looking for good people who want the opportunity to build a career with us. As we grow comes continued opportunities to add to our team.

If you’re looking for landscaping jobs near Bozeman and Big Sky, MT, and you’re interested in Blanchford Landscape Group, we invite you to connect with us and start a conversation.

Andy grew up in southeast Pennsylvania. He holds a Bachelors of Science Degree from Pennsylvania State University in Landscape Contracting. He is a Certified Plant Professional and is the only Certified Landscape Industry Manager in Montana. When not at work he has fun with his family. He also enjoys travel, trail running, skiing, and the great Montana outdoors.